In fact, energy-efficient HVLS fans have quickly assumed a leading role in the green building movement. The air from an HVLS fan moves toward the floor in a column that radiates in all directions, flowing horizontally until it reaches a wall or airflow from another fan -at which point it turns upward and flows back towards the fan. This creates convection like air currents that build as the fan continues to spin. Because of their size, HVLS fans are effective and efficient. Using 3/4-to-2-hp motors, they consume power at a fraction of the cost of multiple small ceiling fans. 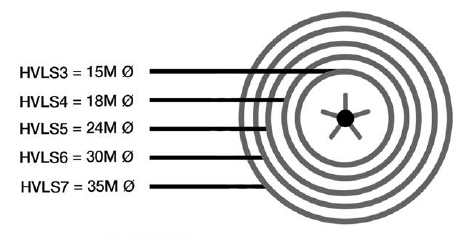 There are no reviews yet.

Be the first to review “HVLS CEILING FAN” Cancel reply